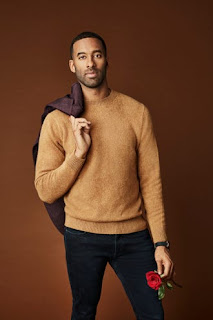 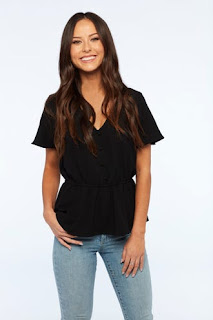 Abigail Heringer realizes the importance of first impressions, being yourself as you are, and that caught Matt James eyes, the chemistry was there, which we all now now that she receives the first rose on the premiere of ABC "The Bachelor" new season. Matt appreciates her honesty when told she is deaf and wants to learn ASL after seeing Deaf U on Netflix but Abigail has to clarify that she's not like them, explaining oralism which Matt at first didn't understand at first, thinking it's something sexual in nature. Abigail is the newest "poster child" exploited for oralism propaganda, even coitized as not being "hearing enough." Tomorrow you can expect cochlear-implants stocks skyrocketing through the roof on Wall Street.  Matt already climates from considerations over half of the contestants because he's not going to put up with all the gimmicks they try to pull on him, as a matter of fact he doesn't like pizza. In this pandemic, we expect a baby boom, the show has a negative effects, of spreading misinformation to parents who give birth to a Deaf child and they watches the popular series and viewers loves the underdogs as it happen with Nyle of "Dancing with the Stars." Matt and Abigail has a lot in common such as being in the real estate business, and she will be a perfect partner because of her experiences in valuations. Matt and Abigail are opposite being apart on both coasts, she being from Oregon and him from North Carolina, with emphasis on family values. I wouldn't be surprised if Abigail does a Coors commercials for the next Super Bowl, will Matt with his Christian upbringings allows it? If so, it's payback time for the NAD. Behind the scenes, one production crew was fired on the spot after approaching her, wearing a mask, asking "Can You Lipread Me?" Mockery on the set will not be tolerated. One controversial scene that was cut was the infighting among themselves over a television set, when the gals objected to watching closed-captions thinking Abigail can lipread. The oral interpreters are always on the set to assist that communication goes smoothly, the only problem is that one was just as sexy as Matt who became jealous when he goes out dating with them and collecting their phone numbers during shooting breaks, or downtown. Matt likes to stay within his comfort zone, checking out several especially ones who grew up in his native state or an immigrant from the ancestral lands, Ethiopia. We embrace our culture and accepts our identity. Abigail not one of us until she comes to terms with herself. Can Abigail put up with the bitches that talks behind her back, she will not be distracted, ignoring this blogger, keeping focus on the trophy, Matt's love. Is she ready to handle disappointments, when Matt got on his kneel and propose to Rachel instead on the final episode. My sources are reliable, got a tip from a Las Vegas bookie, after he paid someone, most likely an intern, from within Jimmy Kimmel circles to smuggle classified documents. ABC hopes to keep Abigail in the game for ratings sake but fans will be disappointed when Matt at the last moment has a change of heart choosing Rachel instead fears of recycling what his mother has gone through, a divorce blamed on common cause lack of communication and also unwilling to accepts the limitations that goes with living with a spouse with cochlear-implants such as being unable to do the things he loves, like perhaps scuba diving, contact sports  or rough playing, etc. Matt needs a woman who he can handle, not a frail package.  Matt, I guess, prefers sex in the dark and it's not as pleasurable when you had a nightlight on. Oral sex, less lipreading will indeed improves their relationship, according to a Masters & Johnson published report. Abigail has a burden to disproves these myth. One final comment, there is one hilarious scene where the couple misunderstood each other when Matt mentioned having bought some condos and Abigail was shocked thinking he meant "condoms," starting to disrobe in front of the cameras, and Matt had to clarify that he was talking about some properties in Manhattan he bought, not prostitutes on Times Square. Abigail, in my opinion, dating her own kind. Matt was casted because of lack of diversity in all previous seasons, perhaps racism, let which ABC quickly denied. Abigail was just an afterthought. Once again, audism rules if we don't take the stand.
Deaf Anthology wishes her the best of luck, no matter what happens in March when the madness starts.

This is Smokey stay tuned for the next episode of Deaf Anthology, Good Night Deaf America!
Posted by Gary A. Fitts at 03:19