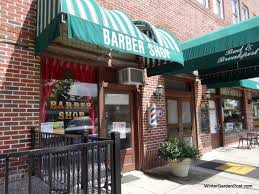 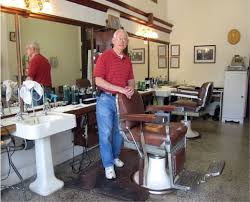 This commercial was filmed at various locations in Orlando area, you get a glimpse of Deaf barber Earl Brigham who owns his own barbershop in Winter Garden, reminiscence of Norman Rockwell canvas of main street America. Earl was born in Panama, became Deaf when he was young, and grew up with strong work ethics and moral character. Earl is also a  Baptist pastor to the Deaf, I sometimes get my haircut there and noticed he has a unusual sense of humor and could have played in the NBA if he practiced just a little bit more. Earl a great teacher of the Bible and a stubborn conservative, and I just can't put up with his Republican viewpoint. Politics and religion don't mix. Earl a great listener whenever you need pastoral counseling, accepting his advice is another matter. We had great fellowship, going on retreats, etc. Earl is also proud of his children, one becoming a sheriff, another became an interpreter, establishing her own agency, and yet another one became a major league baseball player, all were raised on Christian values.  Tiger Woods with his sassy sidekick, Frank, was also filmed at Earl's barbershop. I wonder if Earl gotten his Nike sneakers signed by Tiger Woods, he could sell it on eBay.

This is Smokey stay tuned for the next episode of Deaf Anthology, Good Night Deaf America!
Posted by Gary A. Fitts at 13:31